Family Court Decision - 2017
Attorney Powers represented Mother in a custody case. In the middle of that case, Attorney Powers was able to dispose of a grandparent’s visitation action brought by the paternal grandmother with the filing of the Motion to Dismiss.
posted Thu, May 10, 2018

Family Court Decision - 2017
Attorney Powers represented an unmarried Father after the Mother removed the child without notice to Connecticut.
posted Thu, May 10, 2018

Criminal Defense Decision - OUI - 2016
Attorney Powers successfully argued that an Operating Under the Influence (second offense) should be dismissed
posted Thu, May 10, 2018

Family Court Decision - 2015
Attorney Powers, after trial, succeeded at getting a 50-50 parenting plan for Father with neither party paying the other support.
posted Thu, May 10, 2018 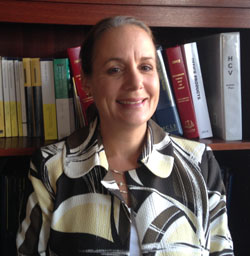 From 1989 to 1997, Attorney Cox practiced law with the law firm of Kamens, Harris and Donovan, PC in Peabody, Massachusetts. She focused primarily in general civil litigation. Attorney Cox then opened her own practice specializing in family law and criminal defense. In 1998, Attorney Cox joined the law firm of John Bena & Associates. She continued to handle family law matters as well as expand her legal knowledge and areas of practice to include workers' compensation and social security disability.

Attorney Cox is a member of the Massachusetts Association of Court Appointed Attorneys and Franklin County Bar Associations. She is also the supervising attorney for Franklin county juvenile defense panel with Youth Advocacy Division of CPCS. Included in her local interests, Attorney Cox spends her time as chair of a local ZBA and as a member of Big Brother Big Sister.

Former member of the Executive Committee of the Franklin County Bar Association. 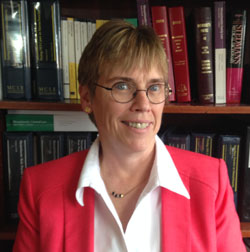 Attorney Leslie H. Powers graduated in 1989 from the New England School of Law where she served as the Editor and Chief of the New England Journal of Civil and Criminal Confinement and was awarded the West Secundum Award.

Following graduation she spent 5 years specializing in personal injury work. In 1994 she opened her own office and expanded her focus to include criminal defense work.

In 2002 Attorney Powers relocated to Western Massachusetts and expanded her practice focus to include appellate advocacy and family law, as well as criminal and civil trial work.

Member, Board of Trustees, Stoneleigh Burnham School: 2017 to present